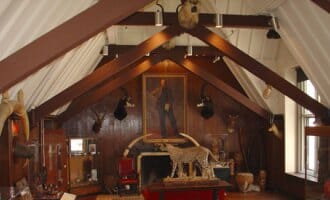 (PCM) Pop Culture Madness was lucky enough to be invited to a party at the Explorers Club. The party was hosted by Freeform the network formally known as ABC Family. The party was during NYCC 2016, and was a way to promote Beyond, a new show being released by Freeform early in 2017.… END_OF_DOCUMENT_TOKEN_TO_BE_REPLACED