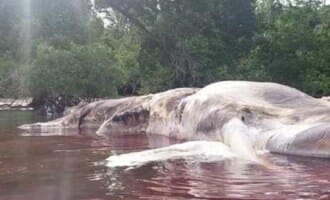 (PCM) Locals in Indonesia were shocked when the bloody and gooey carcass of some sort of mystery marine creature washed up on the shores of Seram Island. It is pretty terrifying to look at and not something one should view if you have a weak stomach. Just how the mystery creature, which Indonesia’s Marine and Coastal… END_OF_DOCUMENT_TOKEN_TO_BE_REPLACED 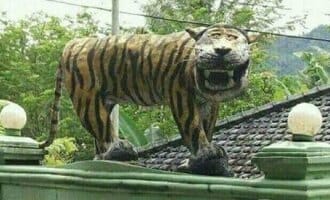 (PCM) A ridiculously hideous tiger statue was stationed as the unofficial mascot outside of an Indonesian Army outpost for a good number of years before the internet got a hold of its’ image and the statue was literally meme’d to death. It is unclear who originally designed the statue whose body resembles that of a… END_OF_DOCUMENT_TOKEN_TO_BE_REPLACED 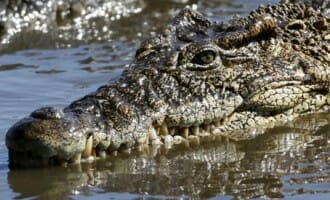 (PCM) What initially began as a joke may indeed to turn to reality as Indonesia’s anti-drug czar claims that the country would like to incorporate the use of crocodiles, tigers and piranhas to guard their inmates on death row to prevent escapes. Budi Waseso, the National Narcotics Agency chief, says that he has already obtained… END_OF_DOCUMENT_TOKEN_TO_BE_REPLACED