(PCM) Some meteorologists say no, however new evidence was discovered claiming that hexagonal clouds which create “air bombs” with up to 170 mph winds may to blame for the dozens of ship and airplane disappearances in the region. The mysterious 500,000km square region in the North Atlantic Ocean has been linked to the strange disappearances of approximately… END_OF_DOCUMENT_TOKEN_TO_BE_REPLACED 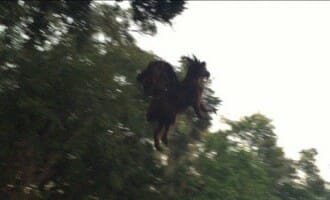 (PCM) The legend of the Jersey Devil has long been a story that has been shared among New Jersey residents and visitors to the Pinelands area of the state for years. Many have reported sightings of a large winged creature that resides in the wood, however there has truly been no concrete proof of its’… END_OF_DOCUMENT_TOKEN_TO_BE_REPLACED